I have been painting quite a bit lately and have finished a few projects, with some pretty good variety. I also have a work in progress photo of a guy that I am hoping will be my best paint job to date. So far he is off to a good start and I am confident that he is going to be pretty awesome.

First up is what people in my hobby call a “slow burn project”. Basically this is a side project that you are working on for a bit of variety, knowing that it will take a few years to get them to the point where they are playable on the table. I am about 2 years on on this force, known as the Death Guard. Based on their name you can tell that they are not good guys and by the looks of them you can see why.

Here is a artillery tank that goes with the force. They are meant to look old and grimy, so that is the reason they don’t look quite as clean as the other things I paint. 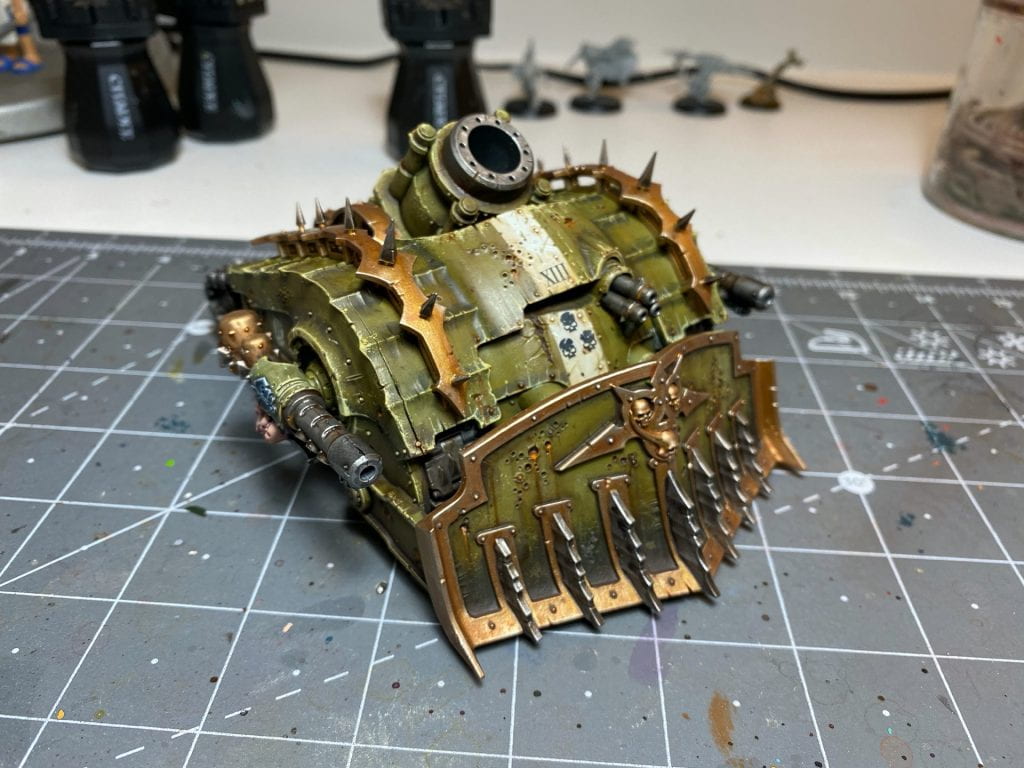 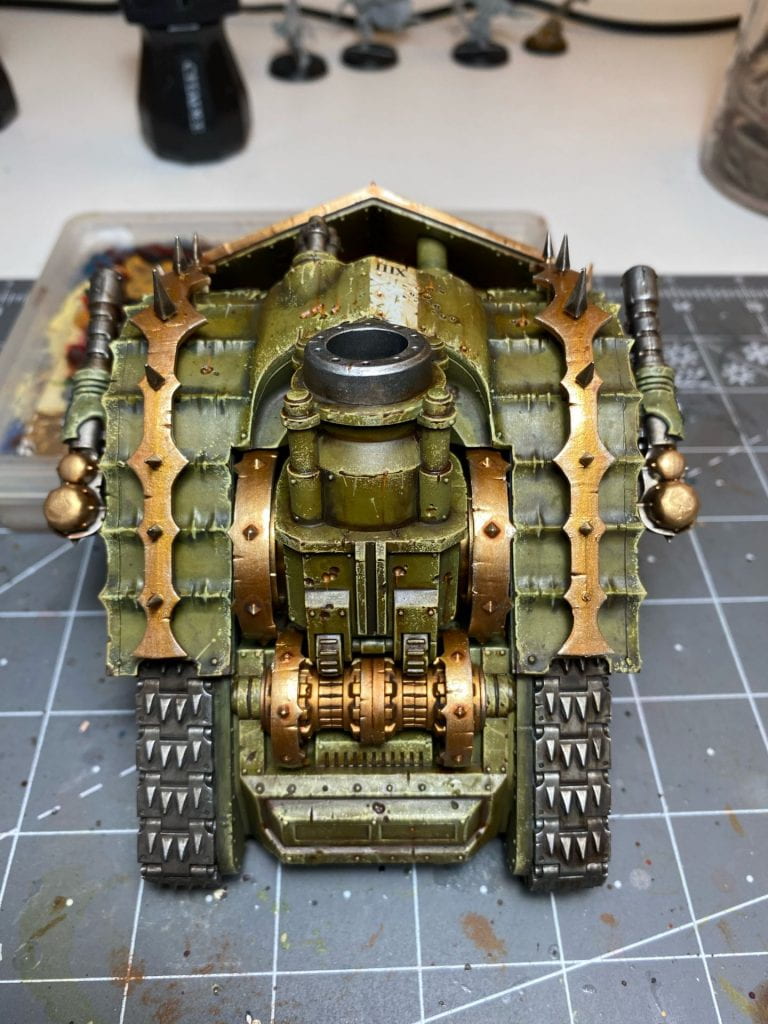 Up next are some additions to my oldest and largest army. I started this hobby way, way, way back in 1995 and it all began with this force. Yes Arjun, there were cars then, and yes Jon movies were in color. I did some major touchups on this squad, to bring them up to date a bit. These guys are from the Dark Angels and they are somewhere between good guys and bad guys. 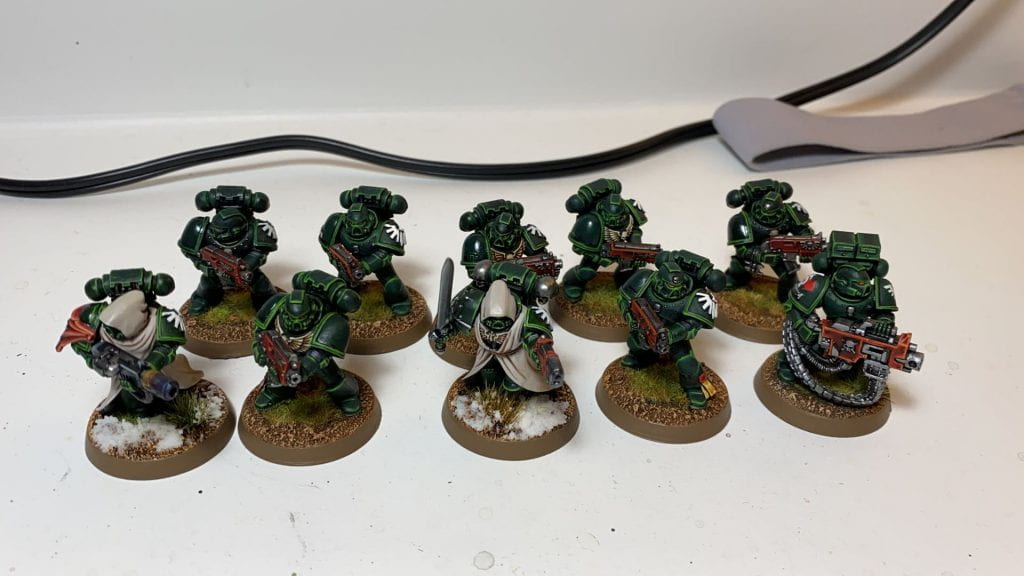 Up next is some terrain that I painted for the game. Here is a game in progress, and you can see the statues on the board. They are shown in a closer view in the second shot. 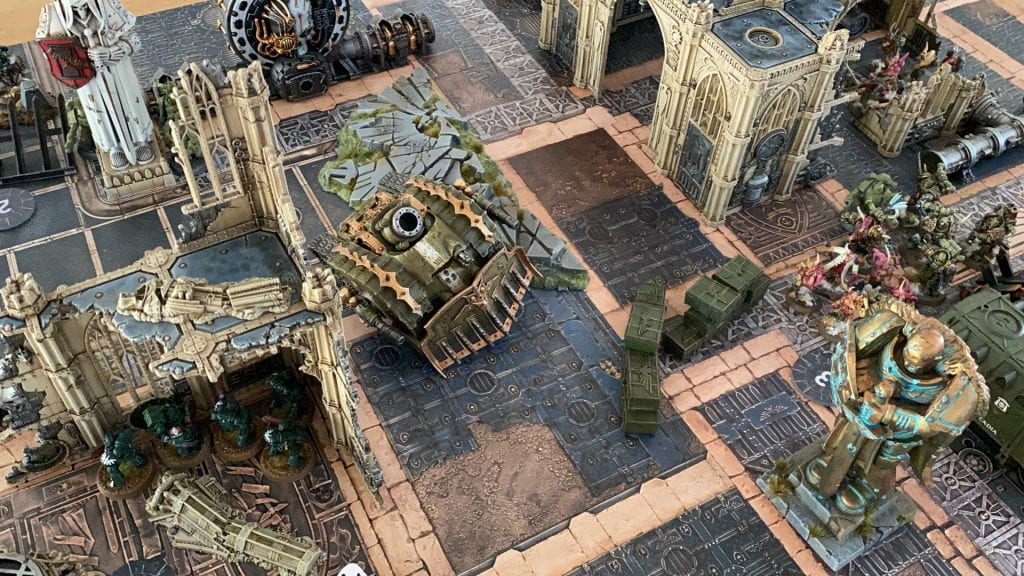 I am really happy with how these came out. 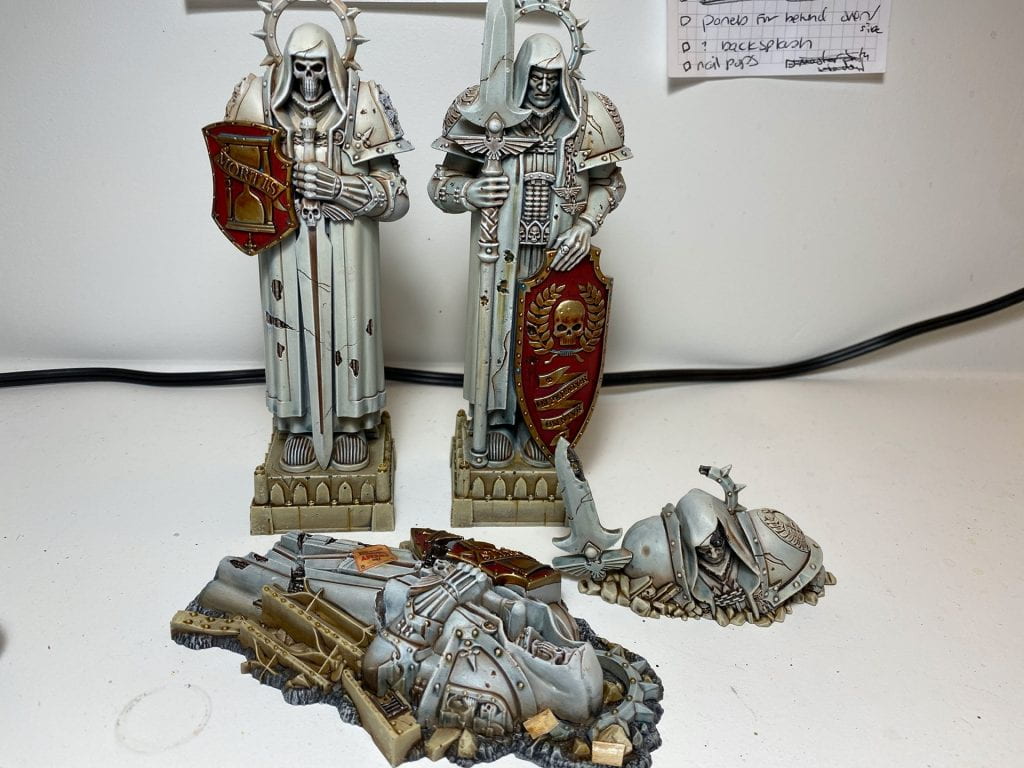 Up next are some additions to my favorite army, the Imperial Fists. The first squad shown is completely finished, shown here: 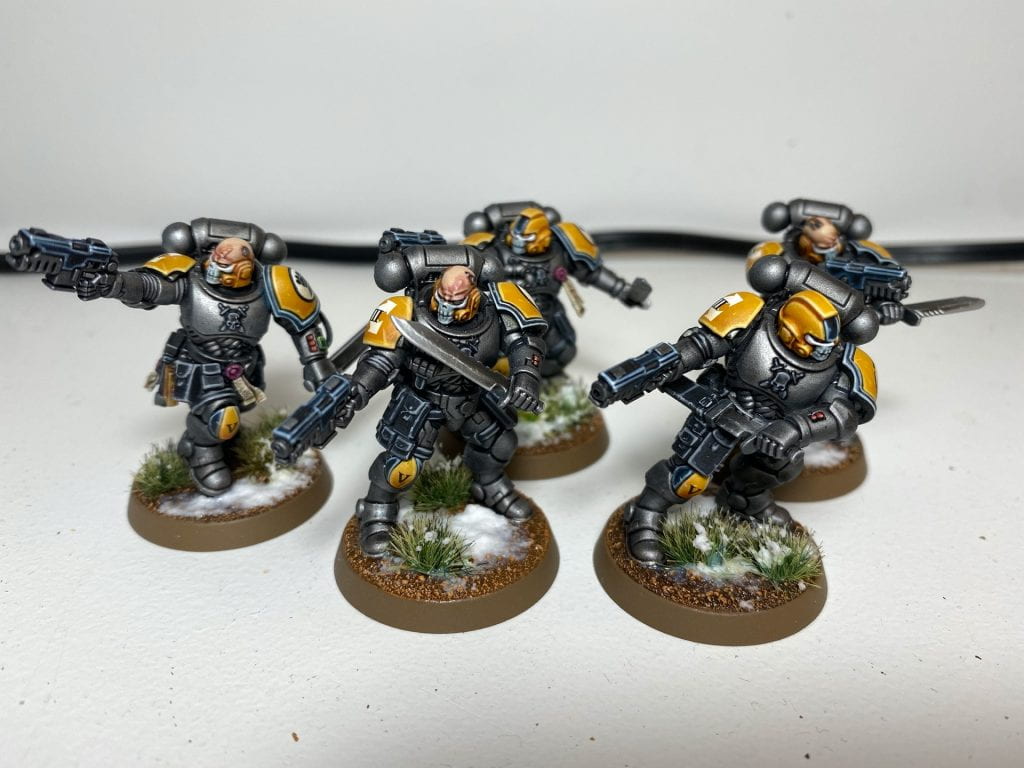 I mentioned the work in progress model. Well, here he is. His shield, head, and right arm are the only bits that are almost completely done. There is still probably 20-30 hours left on this guy to make him quality as my best model ever. We will see how it goes. He should appear in a post before the end of the year. 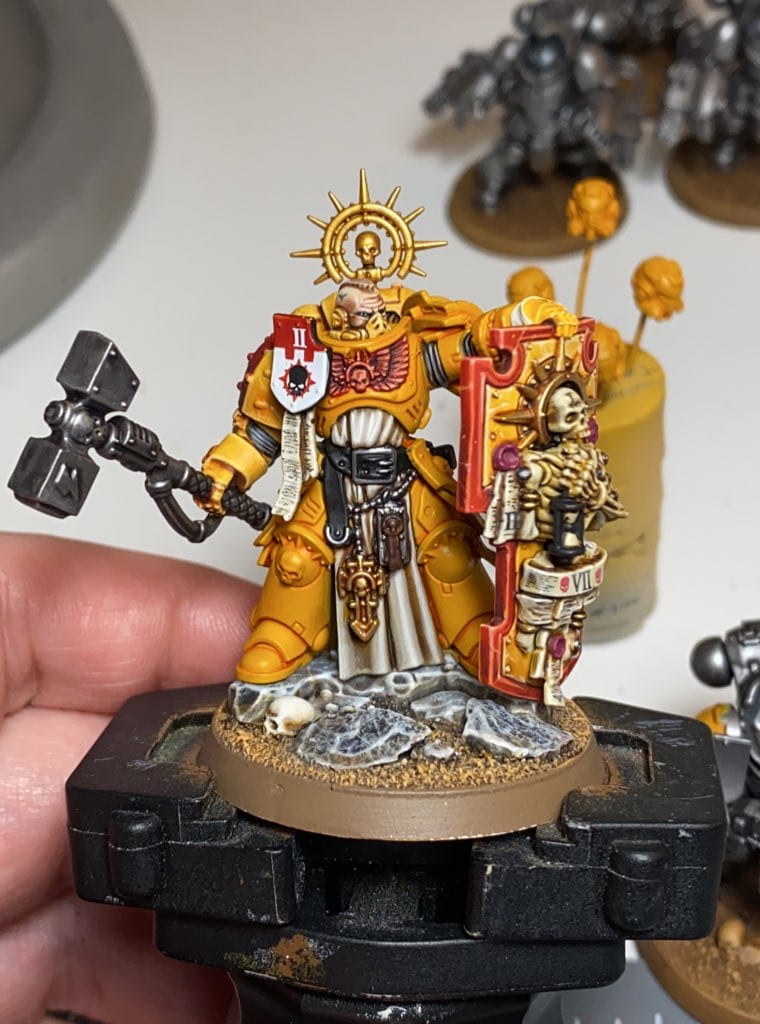