The Orks (Da Orks!) just got a new rules and they have some terrific new models. The new kit are called Beast Snaggas and they are full of some awesome detail. They wear cloaks and are generally ready for a good fight. The lore for these guys is that they live for a good scrap and travel the galaxy looking for one.

I have dozens of these guys as they are a hoard army (there are a lot of them!). I have been going back and updating some of the core troops with new, and updated paint jobs. This is a bit laborious but is really gratifying in the end because they look so much better, in my humble opinion.

Here are the updated Boyz, as they are called. I painted all of their shoulder pads red to make them stand out a bit and make them easier to squad up when I set up for a game. 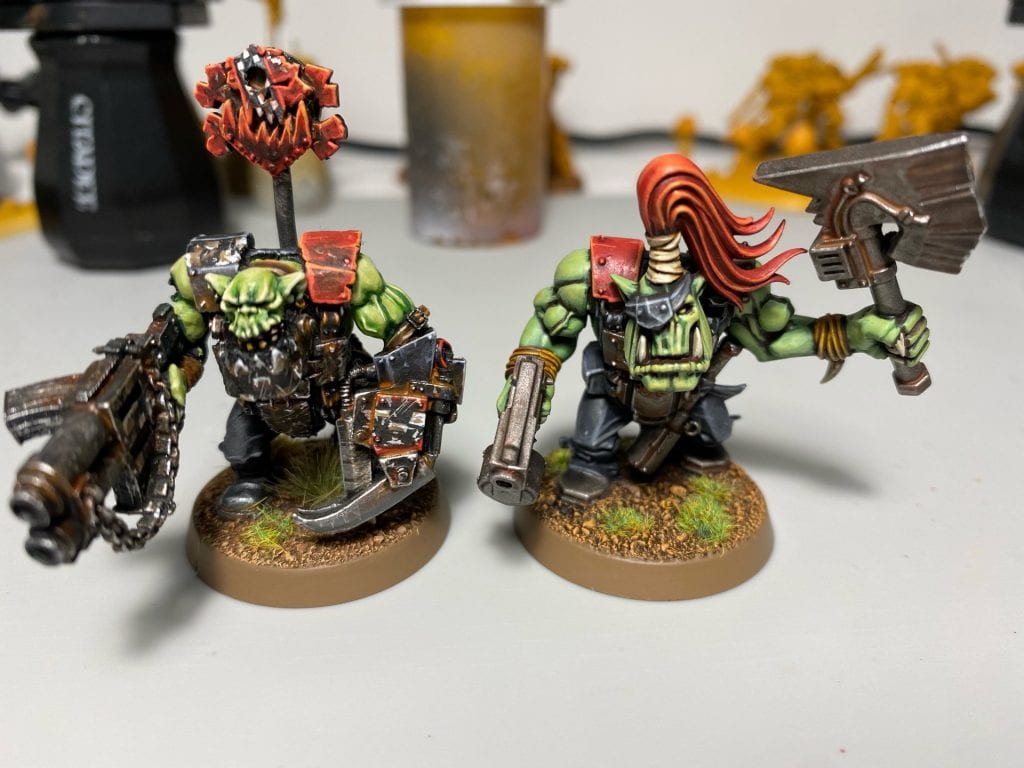 The guys in the second picture are the leaders of the squad, one old and grizzly, one a young upstart trying to take over.

I mentioned the Beast Snagga Boyz in the introduction and after seeing these guys, I knew that I needed to add them to the ranks. I got going on them immediately and painted up two from start to finish. I have 4 more 1/2 way done and have been slowly working through them. Here are the finished two: 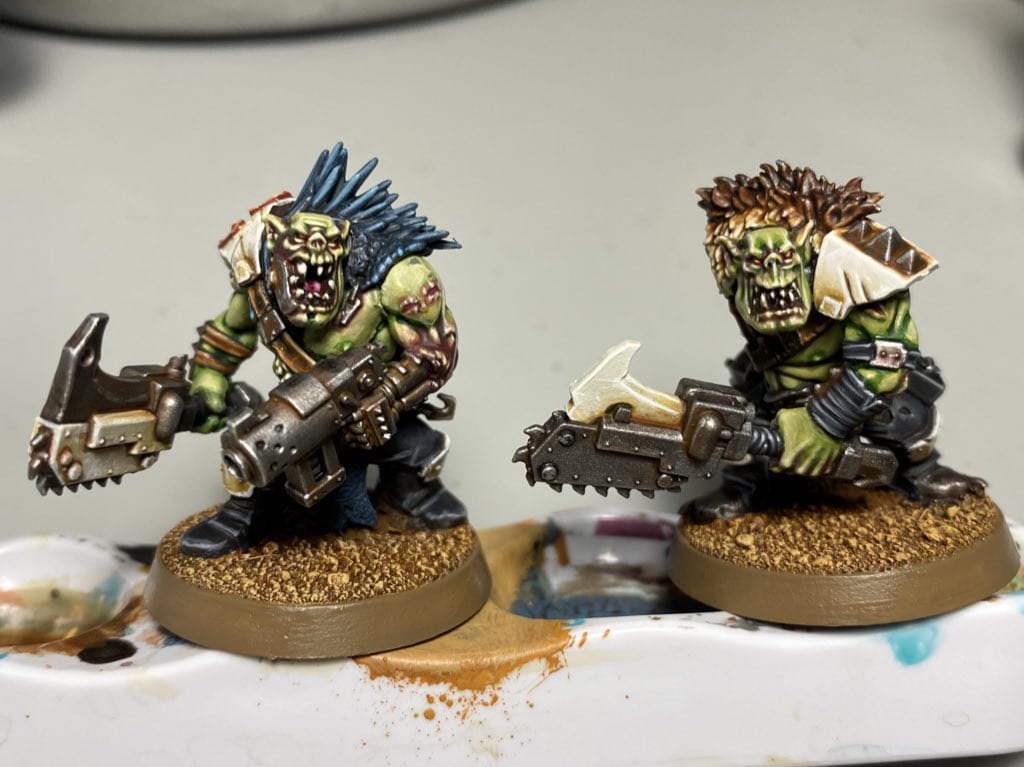 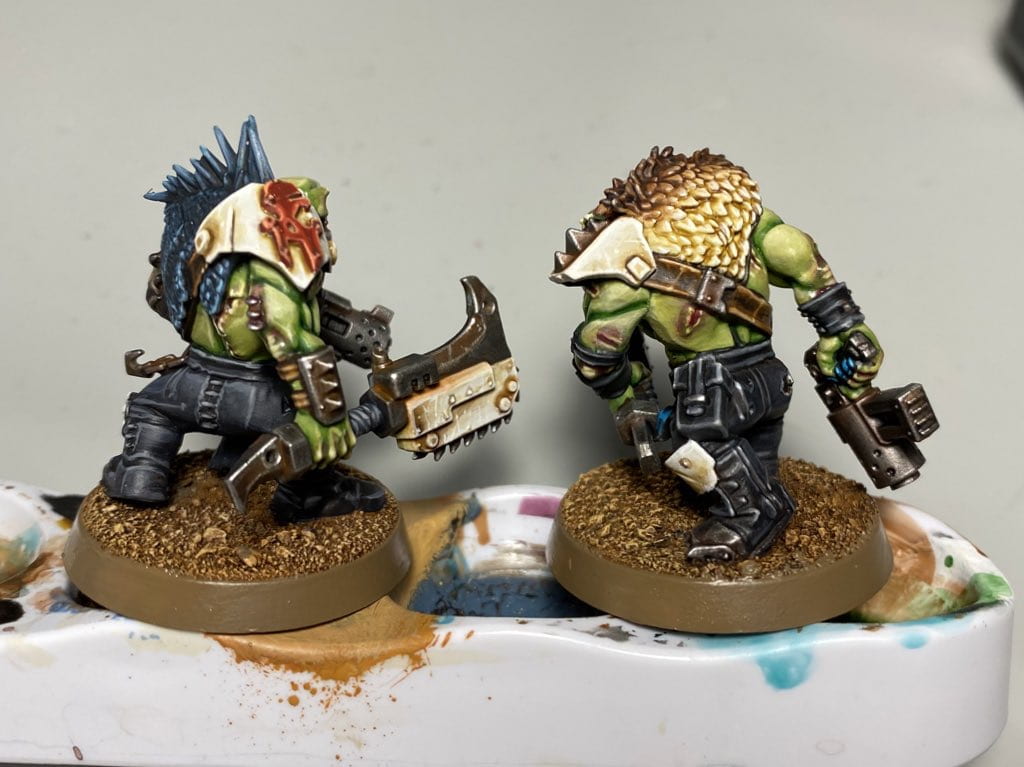 These guys are a bit more feral (wild) than the standard Orks, that is why they are dressed in skins and furs and are also covered in scars from fighting all kinds of savage beasts.

Once the squad is all finished I will post up some pics of them all.