I am quite happy to post the completion of this massive project. This Chaos Imperial Knight fights for the forces of destruction, a fallen warrior who has chosen to fight for darkness and death. You don’t have to know anything about the background lore for this hobby to get a sense that this model is not a good guy. The design and weathering should read as very evil.

Overall this project took the better part of 60 hours to complete. I wanted to try some new techniques, such as heavy weathering, and am really happy with the outcome. He joins my Death Guard army as a super heavy vehicle, smashing his way through enemy lines and absorbing an insane amount of damage.

Here he is in all his madness and glory. See what I mean about him clearly not being a nice guy? The pilot sits in the top bit of housing, but the machine itself is fully corrupted and has become more that just metal parts. 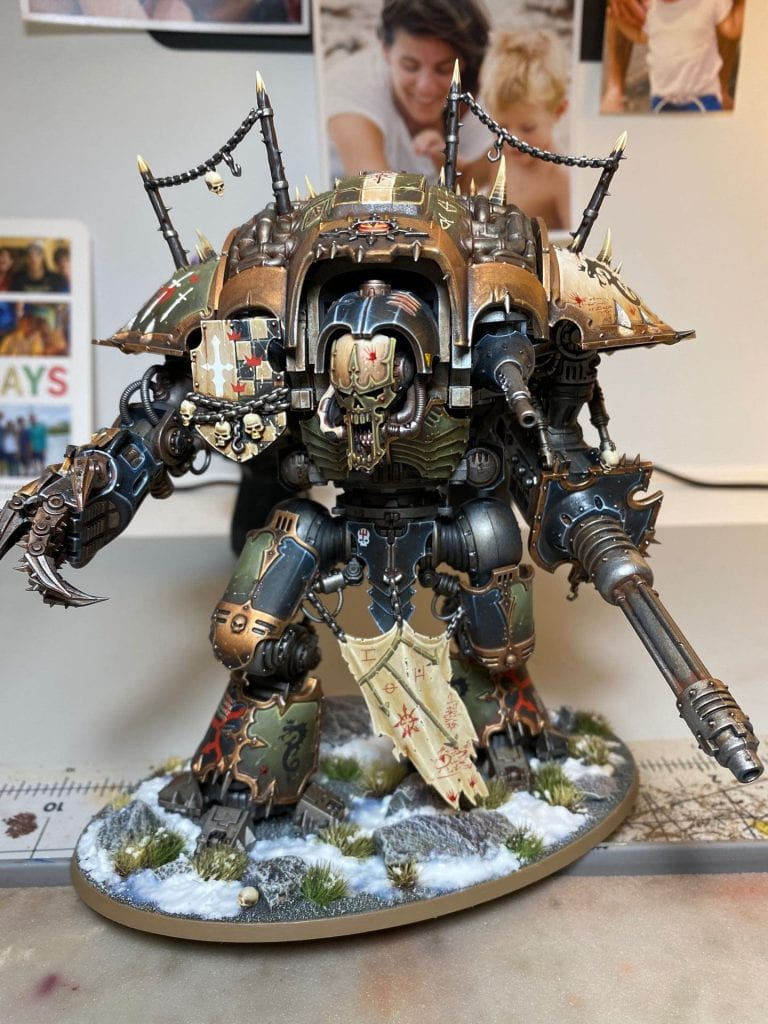 Here are a few more views. I am most happy with the overall look of decay that he has endured in hundreds of years fighting the forces of good. The stains, rust streaks and worn metals hopefully hint at the idea that he has been around for a long time and is in quite a state. 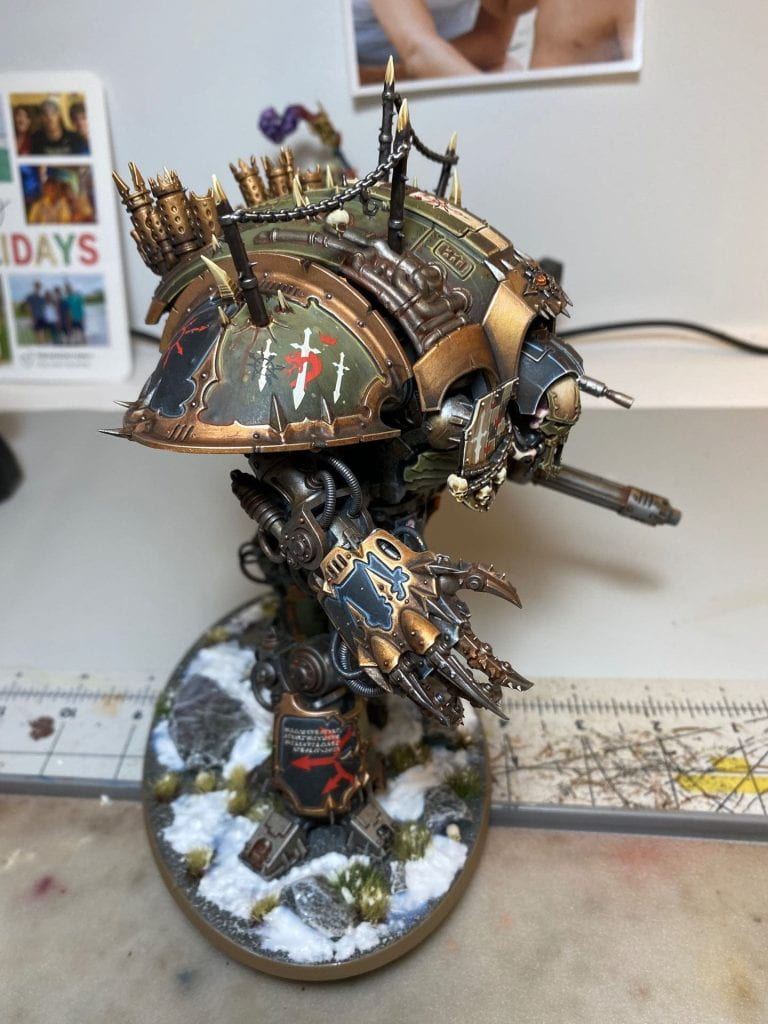 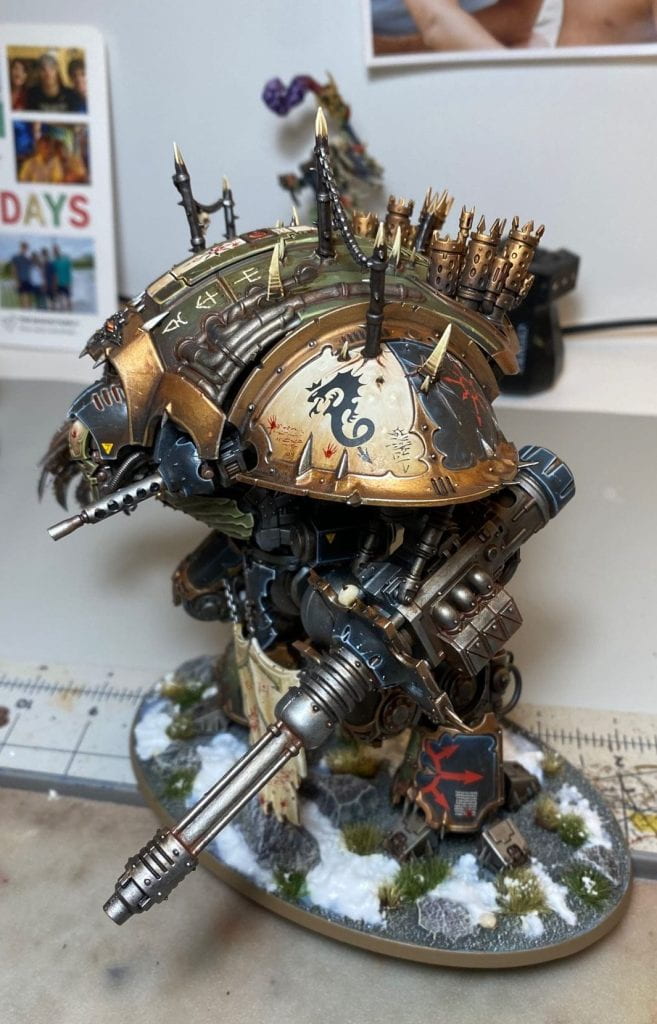 On to the next project. I need to keep building up this army to make them fully playable, but this is a huge step in that direction.