A few of you have gotten into Warhammer and it makes me so happy to watch you rolling dice and playing miniature war-games. I recently took some pictures of a game that I played a few weekends ago when I was solo at my house. The game took about 4 hours to play, not including set up, which takes about 30 mins.

For larger games you need to assemble your armies and set up the board. You also need to select the mission being played and set up objectives (what you are fighting over). There is a point system that allocates points to each person in an army based on their power and skill. The better the fighter, or unit, the more they cost.

The two armies below. First up are 2000 points of the Imperial Fist Space Marines. This is my favorite army, that is almost completely painted. If you look closely you can see the models that still need some paint, but its only about 8 models.

This army is a great all-arounder, with good weapons, good armor and good heroes. Nothing in this army is great, but just all around really solid. 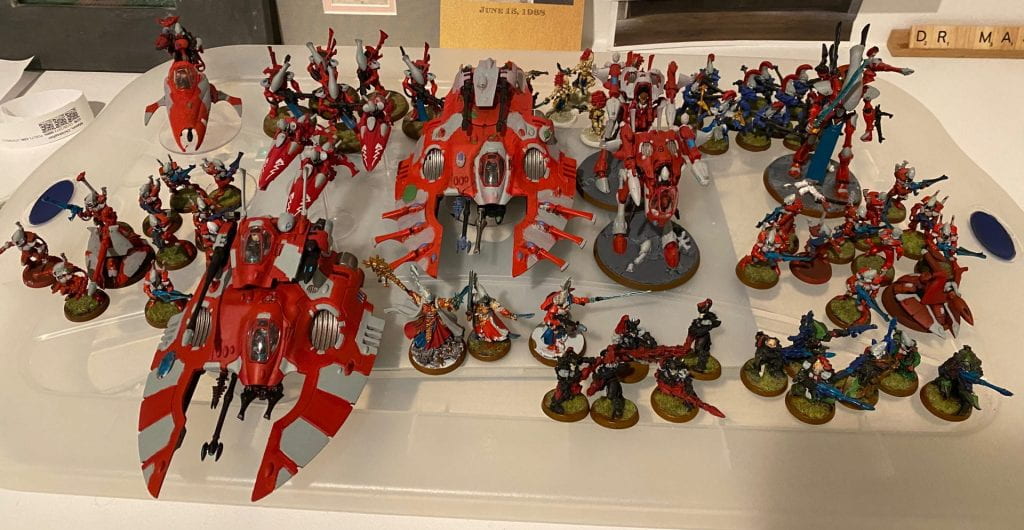 The ancient Eldar are their opponents for this battle. These are classic fantasy elves, set 40,000 years in the future. They are a super elite army featuring really fast vehicles, devastating weapons and great psychic powers (some of the best in the game). Their weakness is their armor and toughness, which is pretty low. They have to do as much damage as possible in the first three turns so that there is not much left of the enemy, late game. If they don’t, they just don’t have the toughness to avoid getting wiped out by enemy fire and fighting.

I took some pictures during the game. You can see the battlefield with terrain laid out to give cover and make it feel futuristic and as cool as possible. Two of the pictures have dice on them to track wounds and in the last picture you can see objective “2” that the armies are fighting over. 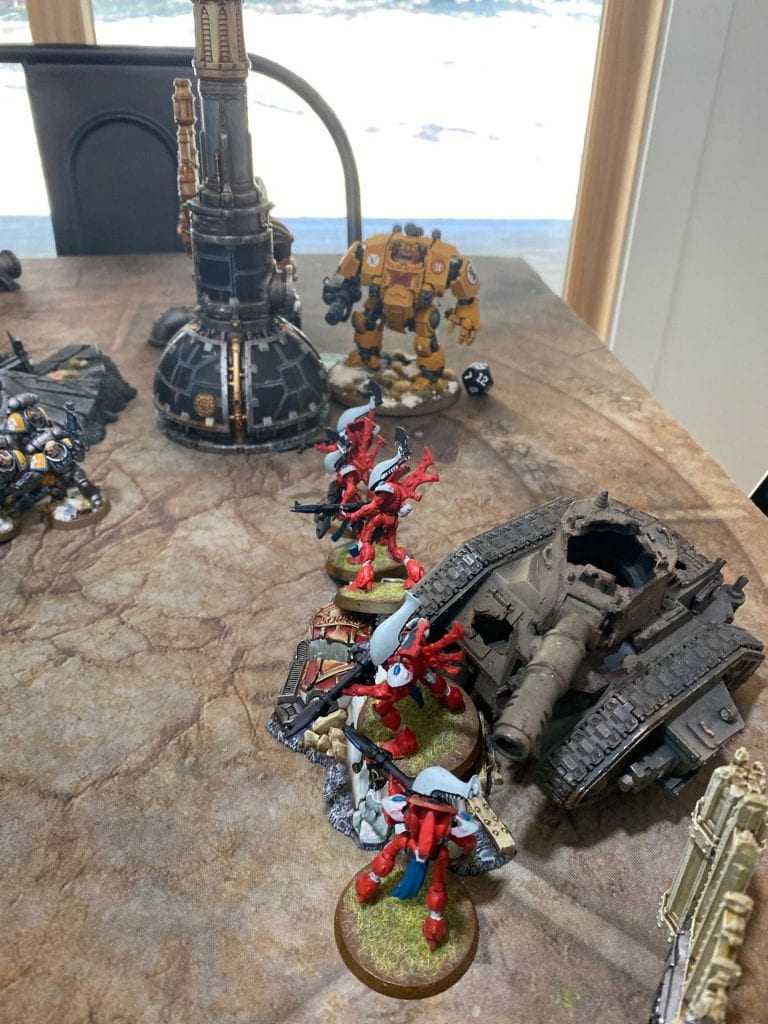 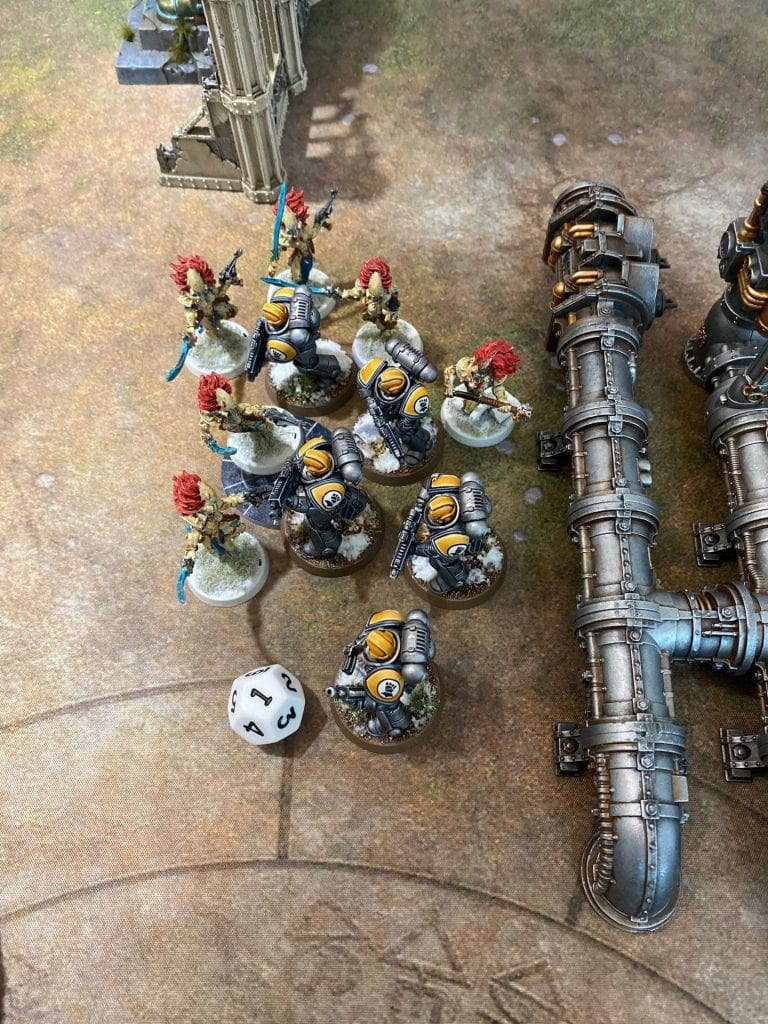 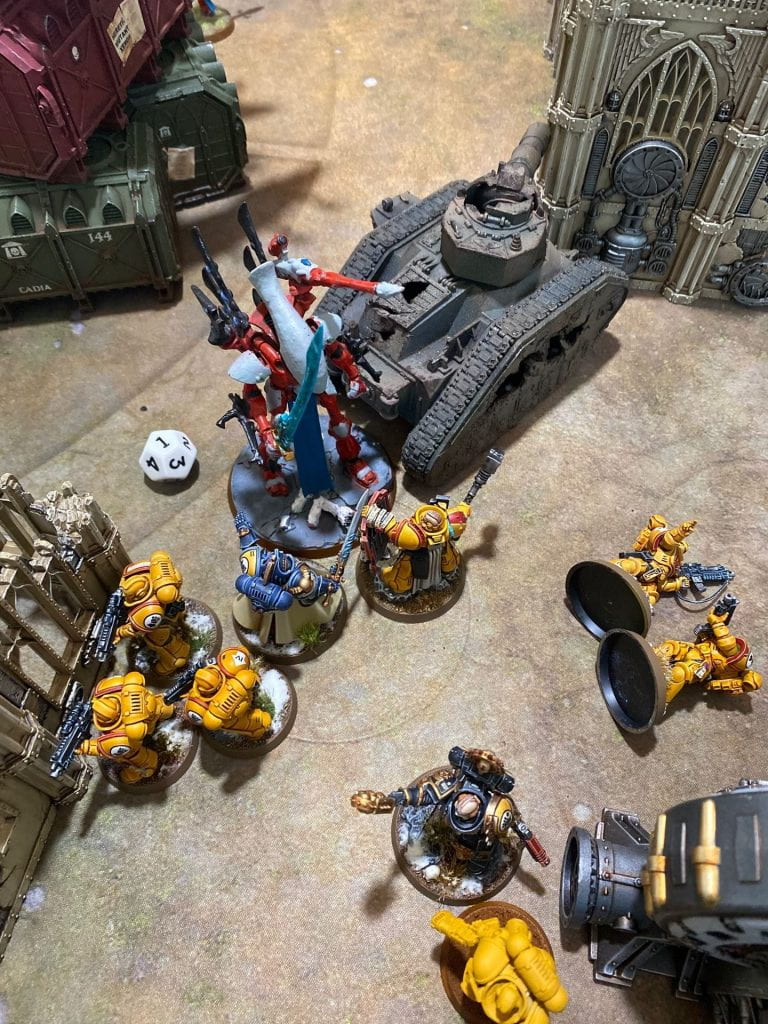 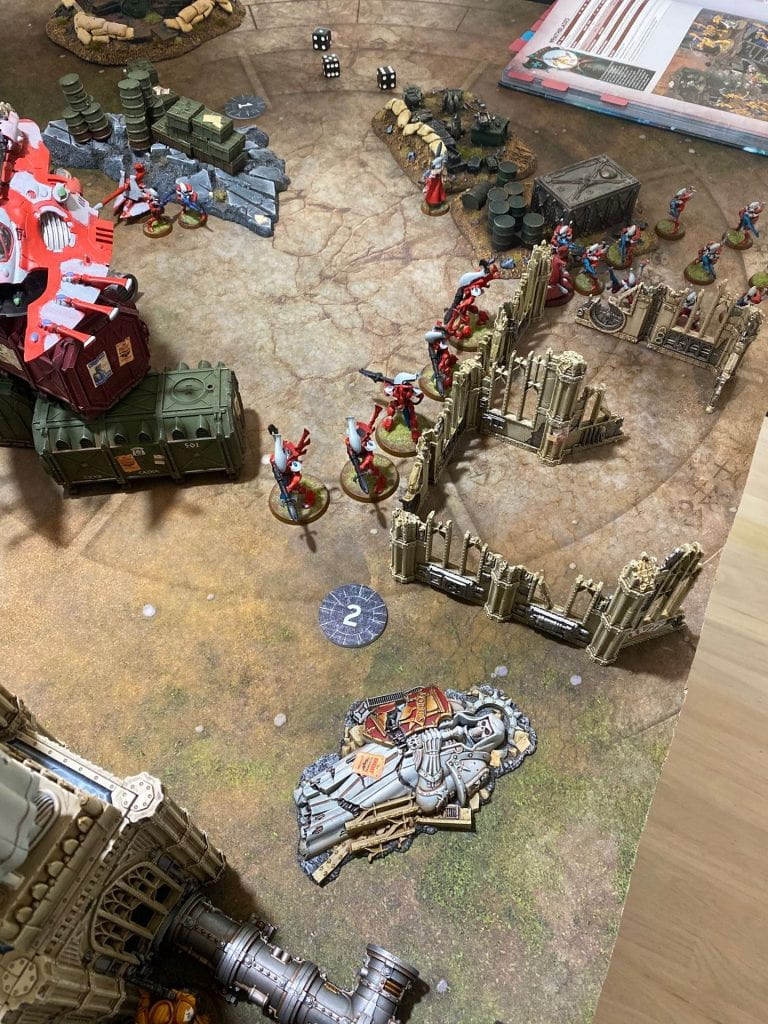 In the end, the Eldar dominated turns 1 and 2 and the Space Marines could not endure. The Eldar won the game and the Marines will need to regroup for next time.