I haven’t been painting quite as much as I usually do as of late, but I have managed to finish a project and worked on some touch ups for an old one.

First up is a new unit for the Wardens of Terra, the silver armored soldiers from my last post. This unit is a heavy weapon unit, used mostly to target the enemies tanks and vehicles. Their weapons shoot a super heated blast that can melt even the thickest armor. 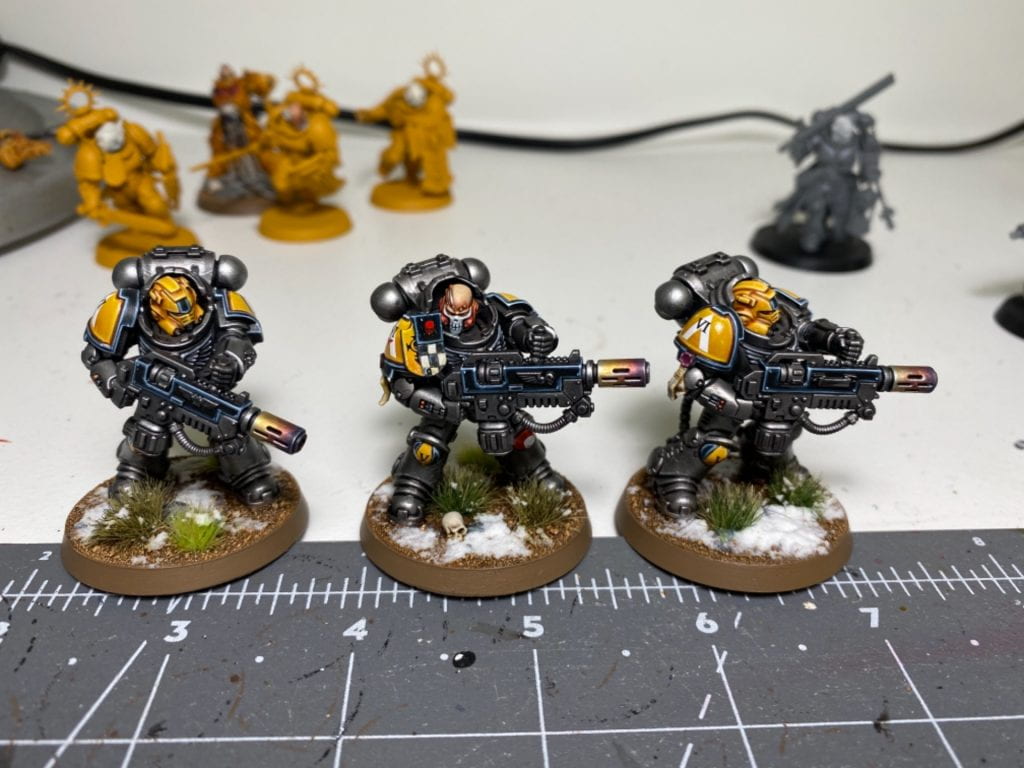 I am really happy with how they came out. I worked hard on getting what is called heat staining on the barrels of their weapons, the effect of heat caused by the energy released when they shoot their weapons.

I am also really pleased with the squad leader. I like how his tilt plate came out,  his personalized heraldry shown in proud display. His mask is pretty ominous also, and fitting for the sergeant of a squad like this. 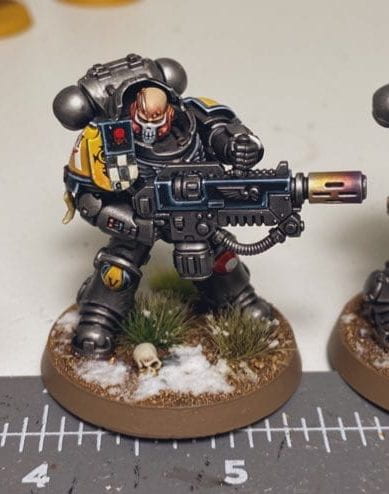 For my updated unit, I worked on the commander of a group of warriors called the Stormcast Eternals. These guys fight in a different universe, a fantasy universe that is more like the world in Lord of the Rings. Less powerful weapons, but more magic.

These warriors are the best good guys there are. Sworn to fight against the forces of Chaos in the name of humanity. Really heroic stuff.

I painted this guy a few years ago and have always wanted to go back to do some additional work on him. I added a shield and did some work making his gold a bit shinier. Here he is… 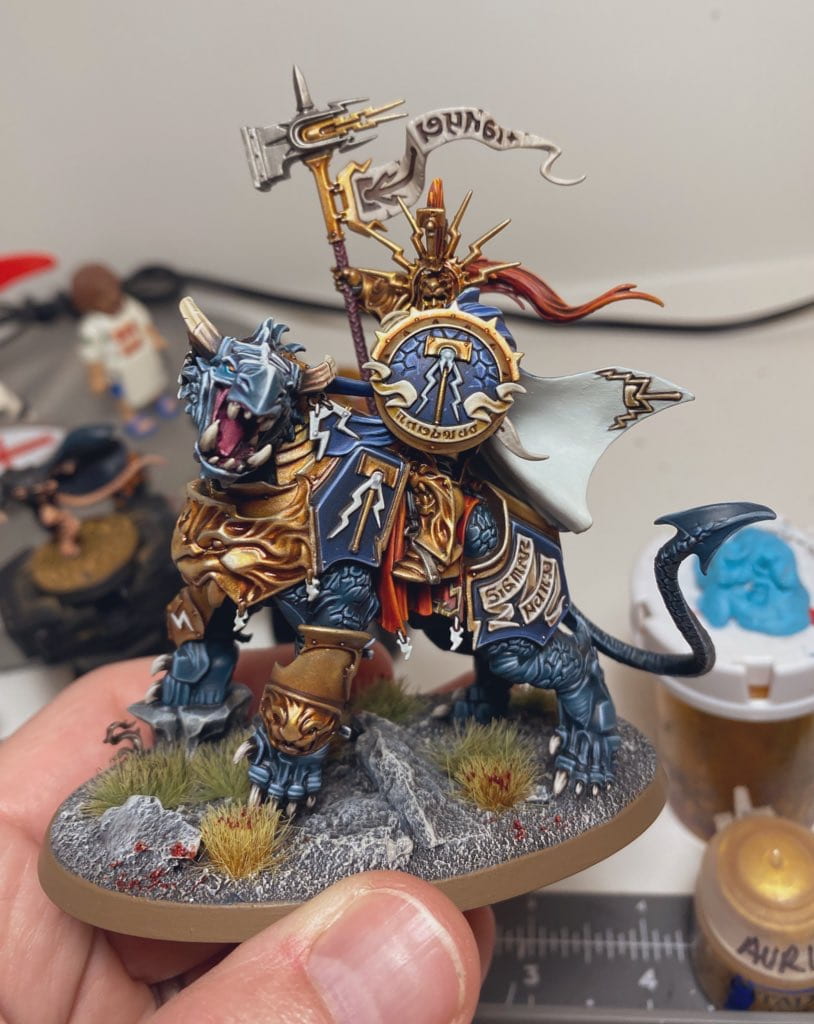 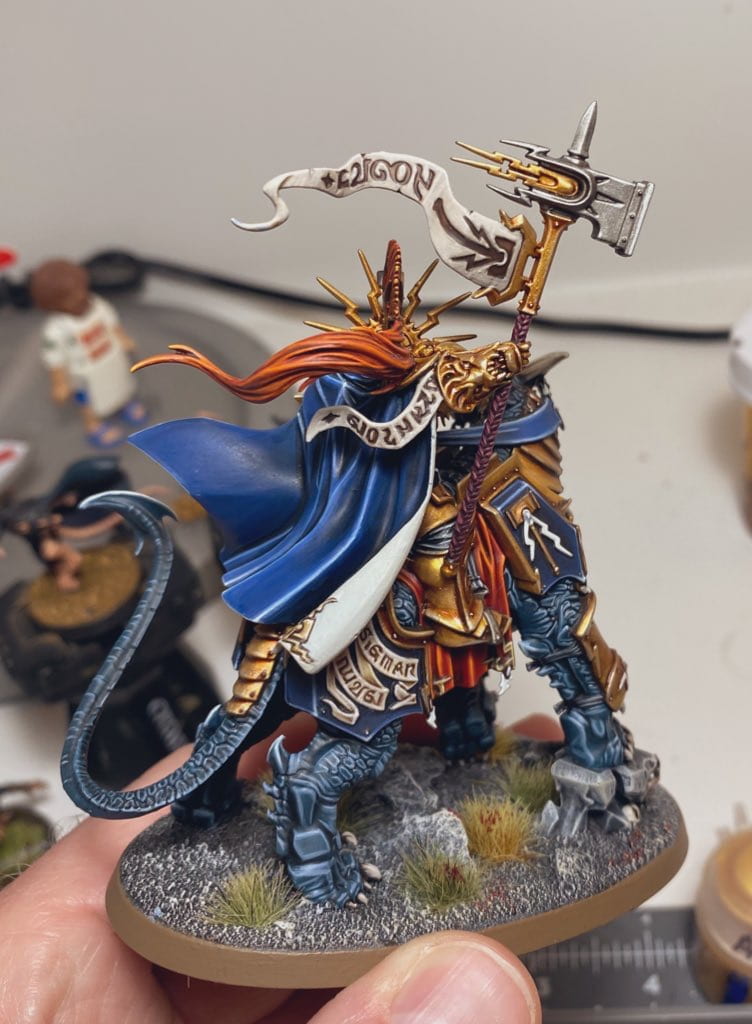 He rides an animal called a dracoth and is not a guy to have angry at you. He swings his mighty hammer and really ruins people’s day. I am going to work on these guys more and more in the next few weeks because the game they are in is getting a hug update this summer.